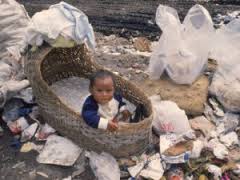 Leaving an abandoned child alone at home is a serious crime. In some states, abandoning a child can be a felony, but there are several exceptions. In Florida, for example, the law requires parents to try and locate the child’s biological parents. In addition, the law is designed to screen for domestic violence and other potential threats to a child.

Although there is no universally accepted definition of abandonment, the term can be used to refer to a number of different situations. A common situation is when a parent or other caregiver leaves a child unattended, or when a child is left in a stranger’s home. The legality of leaving a child at home depends on the child’s maturity level and the safety of the surrounding area. Some jurisdictions have enacted “safe haven” laws, which require parents to legally surrender their children to a local welfare service.

Aside from physical neglect, abandonment can also be caused by a lack of adequate social services, which breaks up a family. In some cases, a family breaks up because of economic difficulties. The consequences of early childhood neglect can be serious, ranging from poor academic achievement to emotional and physical problems. Often, the child will grow up with low self-esteem and will have difficulty trusting others.

In the United States, there are more than 7,000 children abandoned every year. The process of what happens to an abandoned baby is a little different in every state, but the common thread is that it is usually placed in a foster care program until a permanent placement is secured. The laws relating to child abandonment vary, but they generally require the parent to take some type of action, such as reporting the abuse or bringing the child to a medical facility to get treatment.

Although the Foundling Bird story is a fictional one, there are actual cases of abandoned children being left by their parents, whose parents then abandoned them. In some cases, the parents will be criminally liable, while in other cases, they will be deemed legally unfit to raise a child.